skip to main | skip to sidebar

Ayman Nour was born on the 5 th of December 1964 to a father who was a lawyer and a Member of Parliament (MP) and a mother who established and supervised a number of charity projects in his birth town Mansurah. 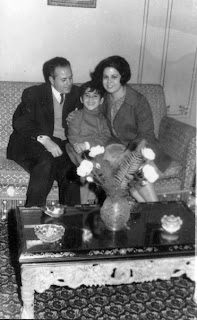 He started his political career as a student activist during high school and University; and was elected as President for the Egyptian High School Students’ Union in 1980. 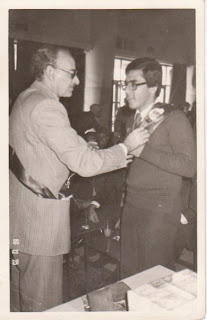 He won several awards in photography, school journalism & many other activities. 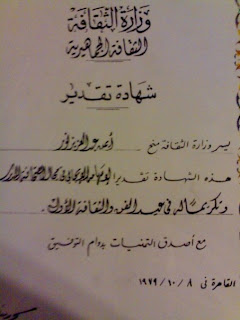 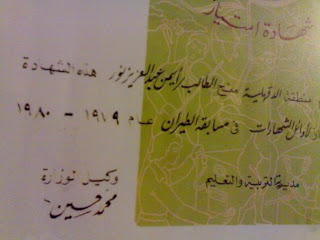 He graduated at Law School (Mansurah University) & started his career in journalism in the 80s, in one of the most famous opposition newspapers called “El Wafd” after “El Wafd Party” the oldest liberal party in Egypt. He was married to Gamila Ismail, who was a TV presenter, a political activist and who became his spokeswoman later on. 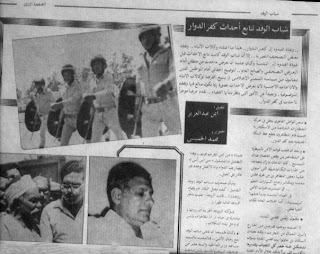 Nour's main concern was torture & corruption cases which led to his arrest & exposure to physical violence several times during his press campaigns. 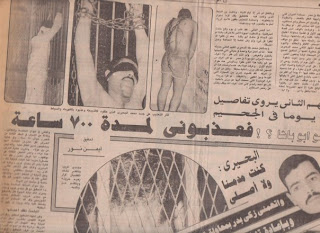 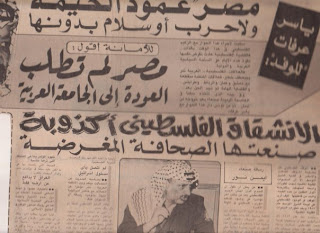 He wrote as well “The Black Soldier : Zaki Badr” who was at that time the Egyptian Interior Minister.

He received his Ph.D. degree in “History of Law” from Russia in 1995. Then he ran for parliamentary elections and won to become the MP representing “El Wafd” liberal party in an electoral district in the center of Cairo called Bab el Sha’rea. 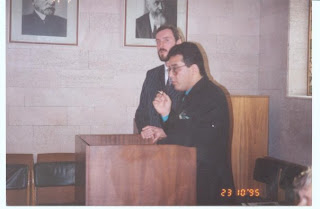 Till now he is considered the youngest member in the history of the Egyptian Parliament as he had been elected only few days after I had reached the legal age for nomination. 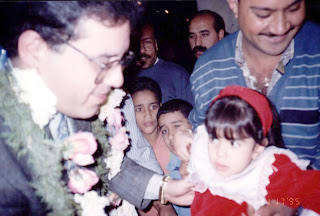 As a Parliament member ( 1995 – 2005 ) he exposed lots of corruption cases, proposed a large number of laws, amended & monitored many International treaties which involved Egypt , stood against random laws, supported civil rights , visited many parliaments around the world & won many awards for his honorable parliamentary performance on both national & international levels. 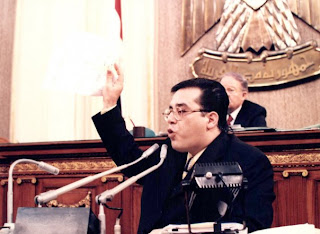 In 2003, he demanded a war crime trial for George W. Bush & Tony Blair for the invasion of Iraq without the UN permission.

He was re-elected for Parliament in 2000 announcing his intention for running for presidency after having 186 votes in the internal parliamentary elections (more than the third of the parliament which was in this time the main condition for being a presidential candidate) but then one year later he was dismissed from “El Wafd” party together with many of his colleagues in Parliament & began establishing their own political liberal movement called “Al Ghad” i.e. "Tomorrow" in 2003.

In 2002 he wrote a political & economical platform for Egypt’s problems in a book called (Modern Egypt in 2020) which later on became the basis for “Al Ghad party” policy.

In 2003 he launched with his fellows a large political campaign to attract Egyptian youth & society elite to political life based on the old Egyptian liberal values of “Al Ghad movement “such as “tolerance” , “human rights”, “third way free market”, while respecting Egyptian & islamic traditions.

In 2004 after a lot of pressure on the government (by thousands of founders, demonstrations & well written platforms handed to the Court ) the Egyptian government finally gave the legal license for the foundation of “Al Ghad” party (announcing in the government-controlled public media that it was an underhanded deal). 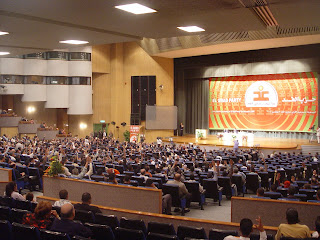 Because of his calls for constitutional reforms as regards the presidential elections, he was targeted by the Egyptian regime when 3 months later he was accused of falsifying official documents related to “Al Ghad” party.

His parliamentary immunity was terminated in a 30 minutes session & he was brutally dragged to jail while coming out of the Parliament building. 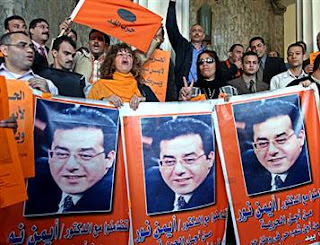 Days later President Mubarak announced constitutional reforms that will allow other candidates to run in the 2005 elections against him. So he submitted his nomination papers from inside the prison & the government released him to run for the Presidential elections. 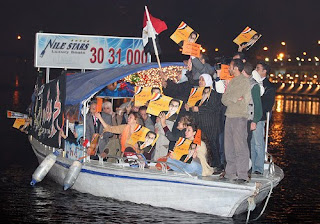 In only 28 days, he carried out his election propaganda campaign where he visited almost all districts of Egypt holding conferences in each one. He was subjected to a heavy smear campaign by the government-controlled media & newspapers accusing him of being an American ally. 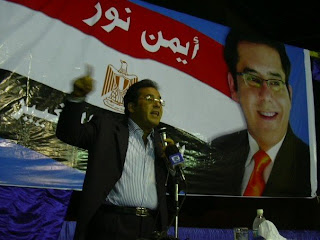 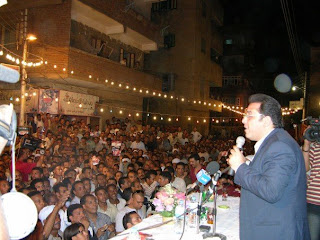 After the presidential elections he was put once again in jail in a trial described by many observers as an unfair trial under the control of a famous judge – the one who sent Dr.Saad el Din Ibrahim to prison few years before. 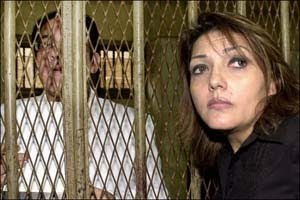 He was sentenced for 5 years in prison for “knowing about the falsified papers” & months later one of the imprisoned partners in this case was found hanged in his cell (was said to have committed suicide ) a day after his announcement that he had been intimidated by the State Security to force him to lie during his confession.

In prison he was forbidden all his rights including the right to communicate through writing and seeing other prisoners, even the right for health care which led to a lot of health problems later on. 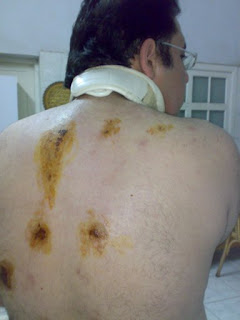 In February 2009 – 4 months earlier than the date for his legal release from prison the government set him free (announcing once again that it was another deal between him & the regime ).

After being set free in 2009 he launched a new campaign called “Knocking the doors” to complete the visits he had started in 2005 to Egyptian towns & cities ,, & even to millions of Egyptians living outside Egypt in Europe , US & in the Gulf region.

Now, when he is supposed to be a free man, he is prevented from earning his living by resuming my job as a lawyer, or dealing with his bank accounts, or selling his property and finally he has been banned from traveling abroad.
Posted by Dr.Ayman Nour at 1:46 AM

Dr.Ayman Nour
Al-Quahira, Egypt
He is a former presidential candidate, one of Egypt’s well-known liberal, secular dissidents and the chairman of the Al-Ghad Party. He was sentenced to five years in prison in December 2005 to be released in February 2009 for health reasons. In this blog there are articles written by him as well as about him in English that we hope will highlight an important period of contemporary Egypt.